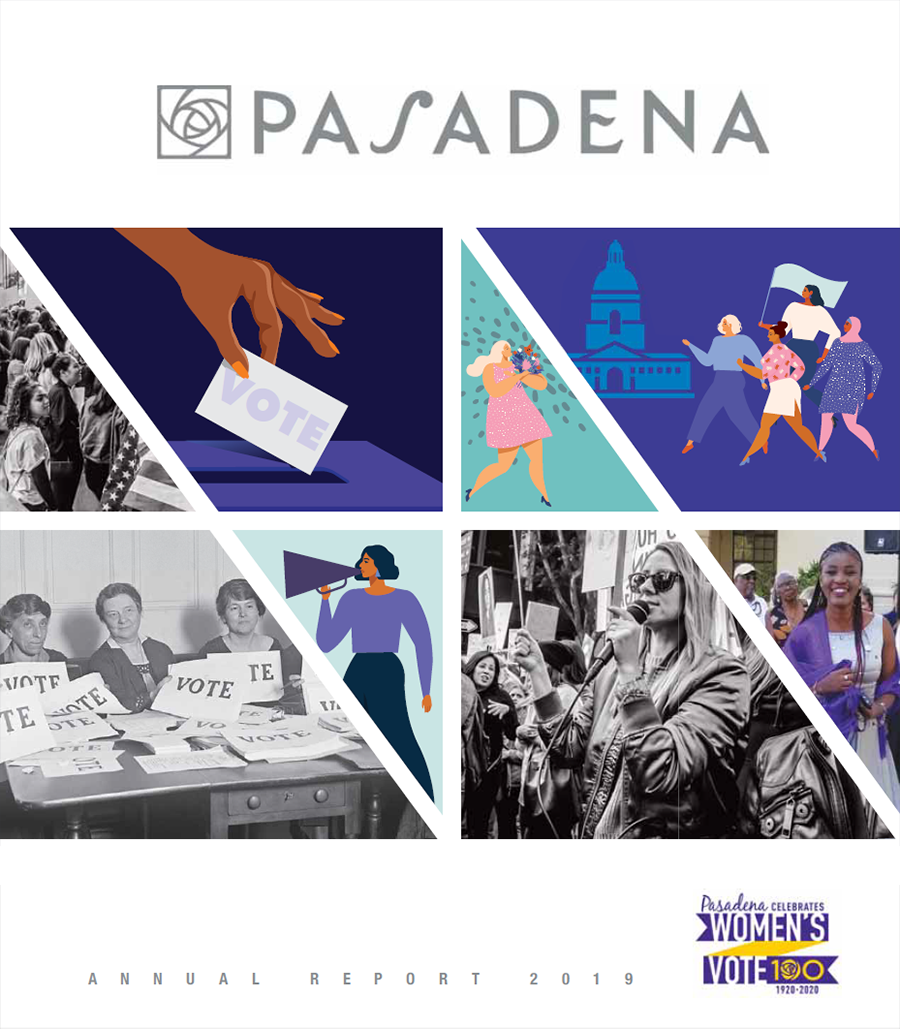 Message From The City Manager:

It is my pleasure to present the 2019 Annual Report for the City of Pasadena.  Over this past year, team members have worked hard to deliver on City Council priorities, as highlighted in this report. Like this year’s Adopted Budget, the Annual Report celebrates the 100th anniversary of the passage of women’s right to vote in our Constitution. Throughout 2020, Pasadena will celebrate this hard-fought victory and highlight the important and positive impacts women have had locally and across our nation.

In November 2018, following three consecutive years of budget reductions, voters approved the passage of a local ¾ cent sales tax measure (Measure I), which enabled the City to avoid making further reductions. In fact, some moderate service enhancements, such as the addition of a full-time site coordinator at Washington Park and a case manager to further the City’s homeless outreach efforts, were made possible. Importantly, Measure I set the stage for 2019 as a year of investment in key infrastructure.

With the guidance and policy direction of the City Council, the City of Pasadena is poised to enter 2020 in a strong position, and we will continue to further many of the projects and initiatives that began in 2019. To ensure the most accurate count possible in the upcoming census, the City Council has dedicated significant funding and staff resources to coordinate a broad community-led effort.

The stakes are high, as census counts are used to allocate federal funding and determine the number of Congressional representatives for our state. Beginning in March 2020, you will be able to complete your census questionnaire online, by phone, or by email. For more information, visit www.census.gov.

The City is currently evaluating proposals for the restoration and renovation of the historic Julia Morgan YWCA building. A finalist is expected to be chosen by April 2020. Saving this historic structure from further deterioration and developing a project that contributes to the vitality of the Civic Center will be a major focus in 2020.

Going forward, the City of Pasadena will continue its mission of delivering exemplary municipal services responsive to our entire community and consistent with our history, culture and unique character.