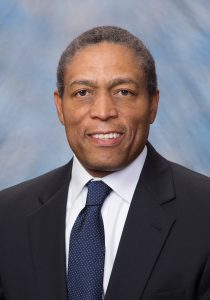 “After an extensive nationwide search, I am excited to appoint Sidney Jackson as the next general manager of Pasadena Water and Power,” said Márquez. “Sidney has a proven track record of leadership, technical and organizational skills in the water and power industries that will strategically position Pasadena to meet the challenges ahead. We are thrilled to have Sidney join our team.”

Jackson’s experience includes leadership roles in building and operating regional independent system operator (ISO) markets and transmission organizations across large geographic multistate regions, functioning with similar authority and scope as that of the California ISO (CAISO). He has served as an elected member of the board of directors for the Midwest Reliability Organization (MRO), a regional entity of North American Electric Reliability Corporation (NERC); and on NERC committees in support of the nation’s bulk electric system, with a focus upon power system reliability.

“I am honored to join the City of Pasadena and lead one of its most important departments whose work directly impacts our residents each and every day,” said Jackson. “We will be committed to excellent customer service, to making sound financial and technical decisions, and to contributing to the greater good of our city and its residents.”

Jackson earned a bachelor’s degree in electrical engineering from Kansas State University and a master’s in business administration from the University of Missouri. He prioritizes continuous learning and professional growth and development as core organizational values. Jackson and his family enjoy traveling and outdoor activities.

About Pasadena Water and Power
Pasadena Water and Power (PWP) provides electricity to more than 65,000 customers within Pasadena. PWP delivers water to almost 38,000 households and businesses in Pasadena and adjacent communities in the San Gabriel Valley. As a community-owned utility, PWP is a not-for-profit public service owned and operated by the City of Pasadena for the benefit of its customers and the community. Its priorities are reliability, responsiveness to customers, reasonable rates and environmental stewardship.