PASADENA, Calif.—June marks the celebration of Pride Month—a time when millions of people come together in support of the LGBTQ community. Many in-person celebrations are resuming as COVID-19 restrictions are lifted and more people are vaccinated. On Monday, June 7, Mayor Victor Gordo and City Council will host a flag raising ceremony at 12:30 p.m. in front of City Hall, 100 N. Garfield Ave. This ceremony is open to the public, with masks and physical distancing measures in place. Please RSVP to Araceli Mellem at amellem@cityofpasadena.net.

Pride Month began in June 1970, one year after police raided the Stonewall Inn, a gay club in New York City. Though the police claimed the bar was operating with an improper liquor license, the raid was about nothing more than violently harassing and arresting LGBTQ people in one of the few places where they felt safe. Similar raids on gay-friendly businesses had been occurring for decades, but Stonewall was one of the first times when the patrons fought back. A diverse crowd of lesbians, gay men and transgender women—many of whom were people of color—clashed with police, threw bottles, and refused to be intimidated. The six-day period of protests and demonstrations is now referred to as the Stonewall riots. 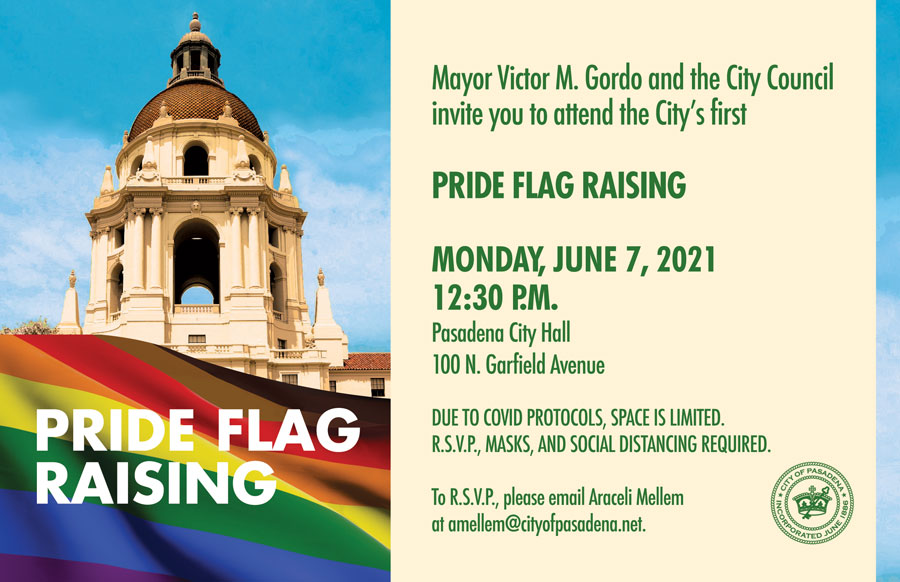