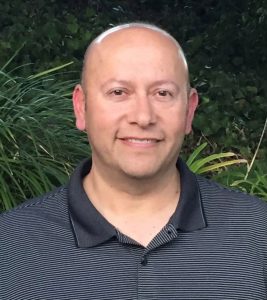 PASADENA, Calif.—After completing a nationwide search that spanned four months and attracted well-qualified candidates, Tony Olmos has been appointed public works director with the City of Pasadena effective Nov. 1. He will oversee a department with 230 full-time employees and an annual budget of $76.9 million.

Olmos has 28 years of professional experience and comes to Pasadena from the City of Brea where he has served as public works director for five years. In that position, he is responsible for the overall operations of the Public Works Department, including Administration, Refuse, Maintenance, Engineering, Fleet, Environmental Programs, and Utilities (water, sewer, and storm water). In addition, Olmos has held progressively responsible positions including city engineer, assistant director of engineering/chief engineer and public works director at the County of Orange and the Cities of Manhattan Beach, Huntington Beach, Santa Fe Springs, and Santa Ana.

“I am confident that Tony will be a great addition to the City of Pasadena. In addition to having strong leadership skills, his qualifications are impressive. He has a track record of working well with the community—seeking input and providing solutions—as well as experience working with engaged constituents, leading change efforts, and building rapport and trust with employees and external stakeholders,” said City Manager Steve Mermell.

Olmos holds a Bachelor of Science degree in civil engineering from California State University, Long Beach. He is a licensed civil engineer and is active in professional organizations including the American Public Works Association (APWA) and American Society of Civil Engineers. Olmos was selected by the APWA as the 2015 Public Sector Leader of the Year.

Mermell added, “Tony’s enthusiasm for his work is notable. He has a reputation for leading by example, encouraging creativity, and developing staff in his department.”

The City retained an executive search firm which facilitated the process. Pasadena residents were invited to share feedback and input on a new public works director via the City’s website. Ultimately, 56 applications were received, and the five most qualified were identified by the search firm based on the established qualifications and participated in interviews with a panel of professional staff from outside agencies and within the City. From that group, the top three applicants were interviewed in early September by the assistant city managers and city manager.

Olmos is married to his wife of 25 years and is the proud grandfather to his three-year-old granddaughter. He has two grown sons, ages 24 and 18, and loves visiting new places and spending time with his family. He enjoys all sports and is a lifelong Lakers and Dodgers fan!  “I am honored and excited to have been selected as the City’s next public works director. I’m looking forward to applying my prior experience to engage our community and staff to help carry out City Council’s goals and initiatives,” said Olmos.