This year’s keynote speaker will be research biologist and activist Rochelle Diamond, chair emeritus of Out to Innovate (formerly known as the National Organization of Gay and Lesbian Scientists and Technical Professionals, or NOGLSTP) and director of the Flow Cytometry/Cell Sorting Facility at Caltech. Since 1984, Diamond has provided service to more than 30 on-campus biology, chemistry and chemical engineering division labs as well as 50 research projects per year, serving as a national expert on the use of flow cytometry and cell sorting. She participates in the Caltech community on a number of levels, including membership on the LGBTQ working group committee, establishing the Caltech Mentoring Day with the Caltech Career and Development Center, working career fairs on behalf of the Caltech Academic Partnership with MentorNet and more. She has received the Lesbians and Bisexual Women Active in Community Empowerment (LACE) Award by the Los Angeles Gay and Lesbian Center and the Walt Westman Volunteer of the Year Award by NOGLSTP. 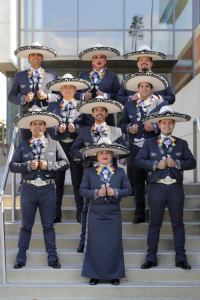 Moderated by Tyanta “Tigger” Snow, the celebration will also feature Mariachi Arcoiris de Los Angeles—the first LGBTQ mariachi band—led by director Carlos Samaniego. The group performs its repertoire to suit the LGBTQ community while maintaining the highest level of musicality. Special performance by Los Angeles drag queen Borgia Bloom Façade sponsored by The Boulevard in Pasadena. The event will also include an opening show and music, speakers from the LGBTQIA+ community, a resource fair and prize drawings.

This event is for all ages and supports those who have come out as lesbian, gay, bisexual, transgender, queer, intersex, asexual, and those who identify with a sexual orientation or gender identity that is not included within the LGBTQIA+ acronym. Pasadena’s celebration coincides with the 34th anniversary of National Coming Out Day, launched to recognize the first National March on Washington for lesbian and gay rights and to remind us all of the power of coming out.

The City of Pasadena is proud to be an inclusive city, accepting of everyone regardless of race, creed, color, religion, national origin, marital status, socio-economic status, sex, age, sexual orientation, gender identity, genetic information, or disability.

For more information regarding Coming Out Day, contact Youth Services Librarian Jane Gov at jgov@cityofpasadena.net or (626) 744-4246.