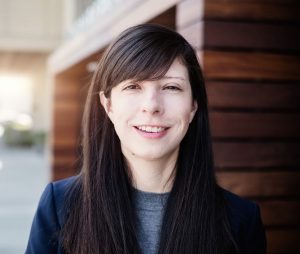 PASADENA, Calif.—The Pasadena City Council has announced that attorney Jessica Rivas has been appointed to fill the District 5 council seat vacated by Victor Gordo when he started his term as mayor in December.

The council came to the unanimous decision after interviewing and hearing presentations from Rivas and three other candidates during a special meeting on Feb. 4. She was sworn in as the District 5-appointed council member by City Clerk Mark Jomsky following the council’s action. In accordance with the City Charter, Rivas will serve in the appointed position until the office is filled by District 5 voters during the next general municipal election cycle in 2022.

“I am incredibly honored and humbled to be appointed to serve on the City Council as the District 5 representative. I would like to thank the mayor and council members for putting their trust in me with such an enormous responsibility. I’d also like to thank my fellow applicants for their passion and courage to step up alongside me. Many of our neighbors are struggling right now, and I’m eager to get to work to improve the lives of the residents of District 5 and all of Pasadena,” said Rivas.

Rivas has spent her career working in the public sector and currently serves as a deputy county counsel for Los Angeles County. Rivas previously worked as a deputy attorney general with the California Department of Justice and as a judge advocate in the Army Reserves. Rivas currently serves on the City of Pasadena’s Northwest Commission and previously served on the City’s Commission on the Status of Women.