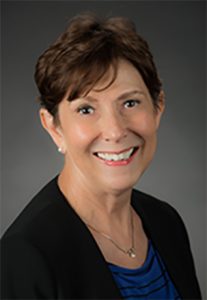 PASADENA, Calif.—On Oct. 19, 2021, Pasadena Mayor Victor M. Gordo announced that the Pasadena City Council intends to appoint former Pasadena City Manager Cynthia Kurtz to serve as the interim city manager. Kurtz’s proposed contract will be on the agenda for the Oct. 25 City Council meeting. Beginning in November 2021, Kurtz will work with City Manager Steve Mermell to ensure a smooth transition, prior to assuming the interim city manager role on Dec. 3 after Mermell’s retirement.

Kurtz, a Pasadena resident, returns to city government after serving as the city manager from 1998 to 2008. Since completing her tenure in Pasadena, Kurtz has worked as the interim city manager in both Covina and Santa Ana, as well as the chief operating officer of River LA. She also served as the president of the San Gabriel Valley Economic Partnership. Kurtz is currently the vice chair of the Metropolitan Water District.

“We are absolutely thrilled that Cynthia has agreed to step back into her former role during such a critical time for our city,” said Mayor Gordo. “Her familiarity with Pasadena—both our opportunities and challenges—will allow her to have an immediate impact on our government and our residents, and her work with the greater San Gabriel Valley will be an asset. I can think of no one better to fill this interim role, and I am confident that she and outgoing City Manager Steve Mermell will work closely to ensure a seamless transition.”

Kurtz received her undergraduate degree in community development and housing from Pennsylvania State University. She also holds a Master of Arts in transportation and urban development from the University of Iowa.

“Pasadena has never been far from my mind and my heart, and I am humbled and honored to be asked to step in and serve the City of Pasadena,” said Kurtz. “I know Steve Mermell well, and he has done an incredible job in putting Pasadena on a strong trajectory while dealing with significant challenges, including the COVID-19 pandemic. I look forward to reengaging with the tremendously talented and dedicated civil servants in our local government and doing my small part to keep Pasadena moving forward.”

Mermell has worked for the City of Pasadena for nearly 33 years, serving as city manager since 2016. He began his career in Pasadena at Pasadena Water and Power before transitioning to a succession of appointments within the Department of Finance, rising to assistant city manager before his appointment as city manager.

“It was a pleasure to work with Cynthia when she served as city manager, and she is the perfect person to step into this role,” said Mermell. “As I pledged when I announced my retirement, I will do everything in my power to ensure a smooth transition and will continue to serve the residents of Pasadena until my very last day on the job.

Mayor Gordo and the City Council will begin a national search for a permanent city manager in the upcoming weeks, assisted by Kurtz and City staff.