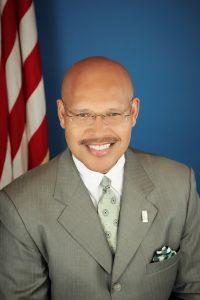 Our hearts are heavy today as we share news of the passing of beloved District 3 Councilmember John J. Kennedy. Councilmember Kennedy was a long-standing staple in our community and he will be greatly missed.

Councilmember Kennedy proudly and tirelessly served District 3 since 2013. During his tenure on City Council, he was chair of the Public Safety Committee, served on the Finance Committee, and was one of three City representatives to the Burbank-Glendale-Pasadena Airport Authority. He served on a variety of local boards, including the Community Health Alliance of Pasadena, the Pasadena Police Foundation, and the Tom Bradley Legacy Foundation at UCLA. He was an ardent supporter of affordable housing, paying workers a liveable wage, and hiring locally.

Councilmember Kennedy was born and raised in Pasadena. From a young age, he dedicated his life’s work to serving others. He served as student body president at Blair High School and student senator at the University of Southern California, where he received dual degrees in International Relations and Economics. He earned a juris doctor degree from Howard University School of Law, and was the youngest person to have served as president of the Pasadena branch of the National Association for the Advancement of Colored People (NAACP).

On remembering his friend and longtime colleague, Mayor Victor M. Gordo shared, “While we are all deeply saddened by the sudden loss of our friend and colleague, John Kennedy, we should always remember and celebrate his many accomplishments and contributions to our city and beyond. John Kennedy loved Pasadena and the people of Pasadena. He worked hard every day to make Pasadena a better place for everyone. He dedicated himself to helping others, and we are all better off because of his efforts. His was a life well-lived.”

At the request of Mayor Gordo and City Council, flags at all City facilities have been lowered to half-staff in solemn tribute to Councilmember Kennedy. We and our family of employees send our condolences and prayers to the entire Kennedy family and residents of District 3.

At the request of Councilmember Kennedy’s family, in lieu of flowers, contributions can be made to a scholarship fund held in the name of the Kennedy family at the Pasadena Community Foundation.

Councilmember Kennedy’s family kindly asks that they be provided privacy during this difficult time. More information will be forthcoming at a later time.

While the city awaits for an interim councilmember to be appointed, District 3 residents needing assistance should contact District Liaison Susana Porras at (626) 744-4738 or sporras@cityofpasadena.net.

District 3 residents who wish to speak to an elected official can contact the Office of the Mayor at (626) 744-4111 or visit: cityofpasadena.net/mayor/contact

Please direct all inquiries involving city issues to the City Manager’s Office at (626) 744-4333 or visit: cityofpasadena.net/city-manager/contact