No documents to display at this time

Members shall have a demonstrated commitment to the accessibility of the community for all people, particularly those with disabilities, through work on matters such as the rights of persons with disabilities or other activities which promote the accessibility of the community to all people, and shall be familiar with the city and current accessibility issues. Members shall be selected so as to represent a cross section of the city's disability groups and to include persons with professional experience in the field of disability.

The purpose of the commission is to advise the council on accessibility issues in Pasadena. The commission shall:

3 years, limited to two consecutive terms. A term of less than 1 year is not considered a full term. Terms expire on June 30th of the applicable years. No member who has served 2 consecutive terms shall be eligible for reappointment to the commission prior to the passage of a 2 year interval. Any member of the commission may be removed by the city council at its pleasure. 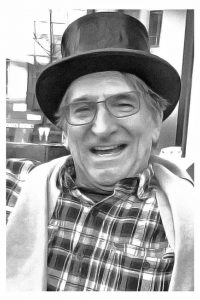 The Robert Gorski Access Award is presented annually to a Pasadena resident with a disability who has made a significant contribution toward improving accessibility and quality of life for people with disabilities and the City of Pasadena’s disability community.

Robert Allen Gorski, born in Fairborn, Ohio on September 26, 1949, contracted polio when he was three years old. Robert was always a serious student and was valedictorian of his high school graduating class.

Robert was also one of the pioneers in the disability rights movement. In the 1980s he resided in Washington D.C. where he edited and wrote most of the articles for a Labor Department publication entitled Disabled USA. While in Washington he worked with those who were pressing for passage of the Americans with Disabilities Act (ADA). He lobbied legislators and was active in demonstrations supporting the rights of the disabled.

At one of the demonstrations, Robert was arrested when he refused to disperse. In a photo taken at that time, Robert has a big smile as he was carried in his wheelchair up the steep steps of the courthouse to be arraigned. Even as he was arrested, he was demonstrating the fundamental issue of access. 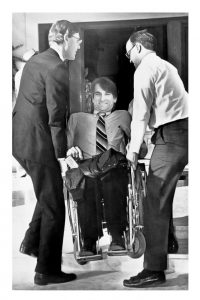 Robert moved to Pasadena and was hired as the City’s first Accessibility Issues Coordinator in 1989. He was instrumental in improving accessibility and quality of life for Pasadena’s disability community, including efforts to implement curb ramps, accessible parking, assistive listening systems, accessible polling places, and more. He also facilitated the Rose Parade accessible viewing area program for many years. As a direct result of Robert’s efforts the City of Pasadena received the Accessible America Award from the National Organization on Disability, which recognized Pasadena as one of the most accessible cities in America.

After Robert retired from the City of Pasadena in 2016 he continued his work as a disability rights advocate. He hosted the Pasadena Media show “Access for All,” and volunteered as a leader in Pasadena Civitan’s Employment Project that promotes employment for people with developmental disabilities. 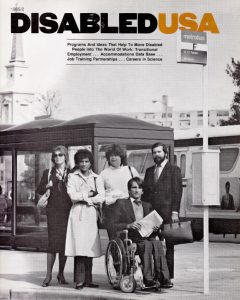 Robert died on January 26, 2020. He was a talented man of many interests, with many friends.

History of The Accessibility & Disability Commission

The Task Force’s major recommendation was to create an accessibility issues coordinator position for the City. This was at a time prior to enactment of the Americans with Disabilities Act, and the position was to coordinate the City’s compliance with Section 504 of a 1973 federal law which prohibited discrimination based on disability by any entity receiving federal financial assistance. Council created the position and a coordinator hired in the spring of 1989.

In 1991, shortly after the Americans with Disabilities Act started to become effective, Council implemented another major Task Force recommendation and established the Accessibility and Disability Commission. The Accessibility Task Force was disbanded and the coordinator’s role expanded to include compliance with the ADA and liaison with the new commission.

One of the first commission projects was to assist the Accessibility Coordinator establish a priority system for a long-range plan to construct curb ramps where pedestrian crosswalks joined public sidewalks. The commission was also instrumental in getting the City to start construction. At first, no funding was available, but one day while the city manager was a guest on a local radio program, a commissioner called the program and asked the city manager when construction would begin. The next day Public Works staff reported that funding had become available.

Throughout the 1990s the Commission was very involved in advising the City on resolving ongoing access and customer service issues with the City’s Dial-A-Ride program. A commission subcommittee on Accessible Transportation was active throughout the period, and much of its time and energy was devoted to improving the program’s service and reliability.

In its early years the commission was also greatly involved in surveying City parks for accessibility issues and reviewing transition plans for various City facilities. After the 1994 Northridge Earthquake, the commission looked into the City’s preparedness to assist people with disabilities after a major earthquake and make a variety of recommendations. Nevertheless, the most critical ones, addressing accessibility at Robinson Park Center, have not as yet been implemented.

In the first part of the new century the commission was greatly involved with improving the City’s taxi ordinance to reflect how taxis must provide non-discriminatory service in light of ADA requirements. A local taxi’s refusal to transport a blind customer with a service animal sparked a successful effort to amend the taxi ordinance in a variety of ways to insure that all individuals with disabilities would be served appropriately. This effort also involved discussions between commissioners and taxi company managers.

To honor the 10th anniversary of the ADA In 2000, the commission spearheaded the organizing of a day-long festive occasion in Memorial Park. A network of local disability agencies and individuals remained in place after the 2000 celebration and became the coordinating body for a wide range of ADA celebrations throughout the 15th anniversary year in 2005. In preparation for the ADA’s 20th anniversary in 2010, the Commission created an anniversary emblem that was used throughout the year on various occasions, as well as by groups in other localities. The commission had the emblem printed on large lapel pins which were distributed to many groups, including a Rose Parade marching band from the Ohio School for the Blind.

In 2011 a one-third-acre fully accessible play area called Reese’s Retreat opened in the City’s Brookside Park. During the preceding two-year development period, the commission had been closely involved in advising on the play area’s components and surfacing and in supporting the input of children with disabilities and their parents.

In recent years the commission has advocated for improving and expanding access to City services and programs for people with hearing loss. At the commission’s recommendation, assistive listening systems using electromagnetic wave technology have been added to auditoriums, service counters, and multipurpose rooms.

2015 is the 25th anniversary of the Americans with Disabilities Act, and the commission helped to organize an ad hoc community network to encourage celebration activities throughout the year. The ADA anniversary emblem was updated to be current and an anniversary page was designed and uploaded to the City’s web site.