Photos from events and meetings

In 2013, John J. Kennedy was elected to serve as a Councilmember representing District 3 in the City of Pasadena, California, where he also currently serves on the Finance Committee, Chair of the Public Safety Committee, and as one of three City representatives to the Burbank-Glendale-Pasadena Airport Authority.

From a young age, John dedicated his life’s work to serving others. Born and reared in Pasadena, he served as Student Body President at Blair High School and Student Senator at the University of Southern California, where he received dual degrees in International Relations and Economics. He earned a Juris Doctor Degree from Howard University School of Law, and was the youngest person to have served as President of the Pasadena Branch of the National Association for the Advancement of Colored People. 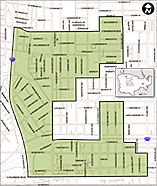 Every year, the Tournament of Roses gives each City Council Member tickets to distribute to their Council District. In District 3, the preferred method is by lottery. If you live in District 3 and would like to enter, here are the details.