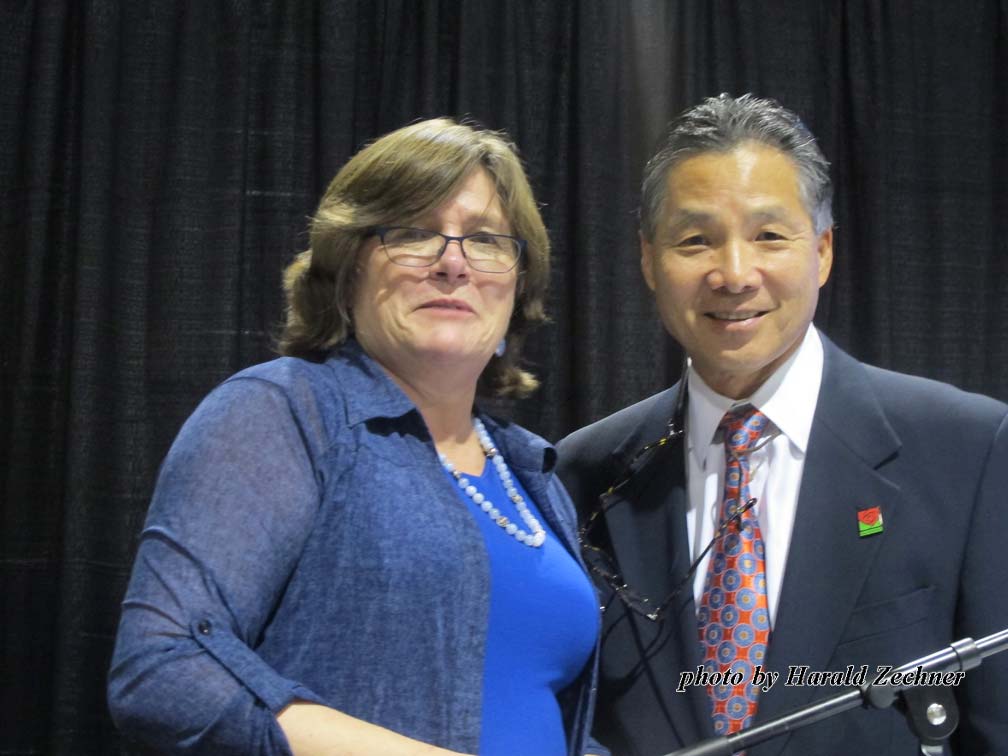 Pasadena Vice Mayor Gene Masuda invited the public to a District 4 Community Forum at the Victory Park Community Center to hear about earthquake preparedness from one of the world’s preeminent earthquake scientists, Lucy Jones, Ph.D.

Lucy Jones is one of the world’s leading seismologists and a public voice for earthquake science and safety.  A seismologist with the U.S. Geological Survey (USGS) and a Visiting Research Associate at the Seismological Laboratory of Caltech in Pasadena since 1983, she is also a science advisor for seismic safety to the City of Los Angeles. Among her many accomplishments, academic degrees, and dozens of published research papers, Jones also has a doctorate in geophysics from MIT. 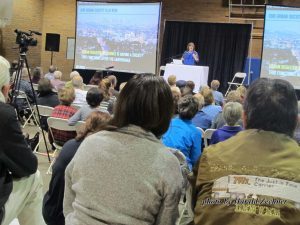 Earthquakes are a subject all Californians take seriously so the Victory Park Community Center auditorium was filled with residents from Pasadena and beyond. All anxious to be educated on how best to be prepared for “the big one” Jones did not disappoint. Speaking on a stage set up between two giant screens, graphs, reports, predictions, common sense precautions and contact information were all a part of this informative two hour presentation. 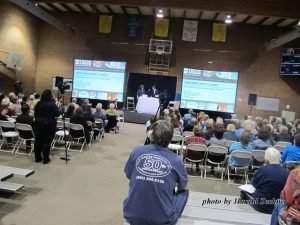 Jones and Vice Mayor Gene Masuda also fielded a multitude of questions from those in attendance. 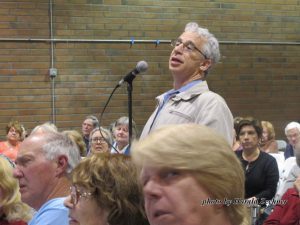 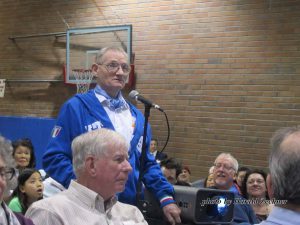 Two emergency back packs were given away by City Manger Michael Beck.  Each containing seven days of water and food for four people they are a must have and everyone was encouraged to buy one.  Earthquake preparation and Pasadena City services pamphlets filled a table and were free for the taking. 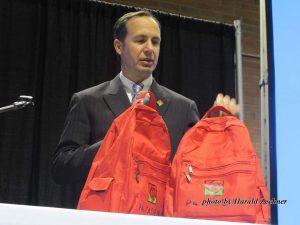 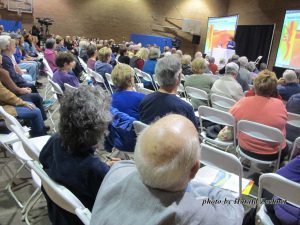 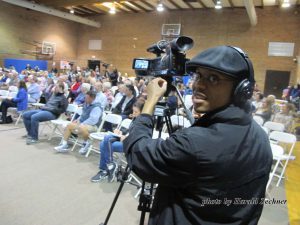 This meeting was video taped by Pasadena Media and can be watched on YouTube.  It is must watch viewing for all that take the threat of a serious earthquake striking California in our lifetime.