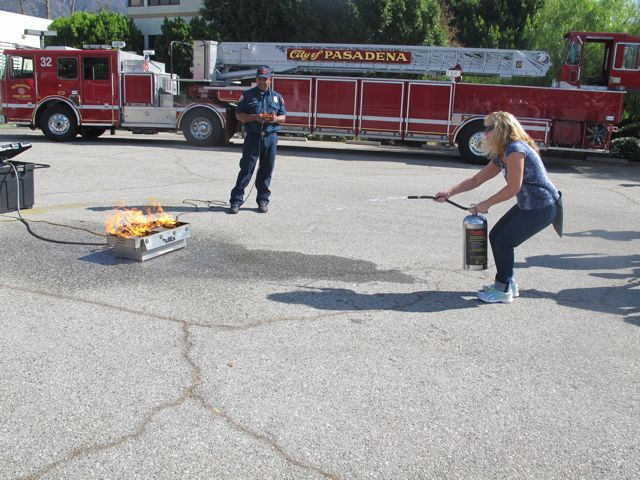 Councilmember Gene Masuda’s invitation to District 4 residents wishing to learn Community Emergency Response Training (CERT) took place Saturday, October 25 at the former St. Luke Hospital site on Washington Blvd.  The day long event that included both classroom and out in the field hands on training was well attended by those wishing to sharpen their disaster skills.

Training continued outside where attendees were shown various displays and setups including how to shut off a gas, electric or water meter, use a fire extinguisher or leverage to move heavy objects and work with power tools.  All were encouraged to participate and most did.  Sixteen or seventy, male or female they put out a real fire, used a power saw or moved a object that weighed more than they did.

Presented by the Pasadena Fire Department and Councilmember Gene Masuda this event was well organized and served the community well.  All who attended learned something that could save a life.  Who knows, maybe it could be their own.

Also in attendance Pasadena Water and Power provided information on projects and rebates that encourage water and energy conservation. 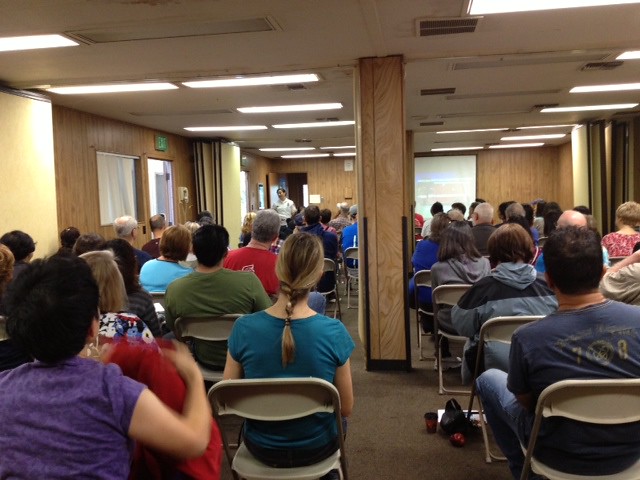