The Friends of the Pasadena Public Library

The Friends of the Pasadena Public Library 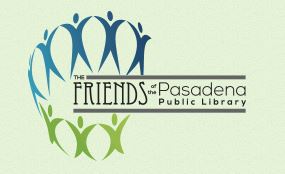 Get involved! Join or volunteer with The Friends of the Pasadena Public Library. Founded in 1975, the organization supports the library system’s programs, special services and cultural events. Priority is given to projects that instill the excitement of discovery and the love of reading in library patrons of all ages.

Your membership, at any level, will help fund enrichment programs for children and teens as well as community-wide events such as One City, One Story. With The Friends, you’ll find opportunities to volunteer at special events, recurring programs or to work in our Central Library bookstore and “Second Saturday” used-book sales. You’ll meet a great group of people! Join online or by picking up The Friends brochure at any Pasadena branch library. Need more information? Email friendsppl@yahoo.com or telephone 626-744-4680.

There are additional ways to help. Donate used books or shop for used books in our bookstore and monthly sales. When purchasing new books or merchandise at Vroman’s Bookstore, you can designate The Friends of the Pasadena Public Library as the charity that you wish to benefit if you are a member of the Vroman’s Gives Back program. The bookseller will return a portion of in-store purchases to our organization.

Please join us in supporting Central Library and our nine neighborhood branch libraries, which are so distinctive and vital to the Pasadena community.

For many years Vroman’s Bookstore and its customers have “Given Back” to the community and the Pasadena Public Library. Signing up for Vroman’s Gives Back dedicates 1% of the amount of your purchases to your chosen community organization. Sign-ups can be made in person at a Vroman’s location or online at the Vroman’s website . Designating The Friends of the Pasadena Public Library ensures your continued support of the Library.

The Hastings Library Associates is a support organization for the Hastings Branch that works with the branch staff to determine programming, materials or branch improvements that are desired by the branch patrons and then raise funds to provide these services. Dues are $25.

If you would like to support the Hastings Library Associates, please contact Greg Jones at (626) 744-7262 or visit hastingsassociates.org.

The La Pintoresca Associates was formed in 2003 to support the La Pintoresca Branch. The association supports fund raising, community events, and community ideas. This branch also wants to expand its multicultural aspects regarding periodicals, books, and other resources.

Your involvement is strongly encouraged. If you would like to support the La Pintoresca Associates, please call Starla Echols at (626) 798-9400.

The Volunteer Program at the Pasadena Public Library supports the high quality of service delivered to the community at Central Library and our nine neighborhood Branch Libraries. We value our volunteers and appreciate the support they provide in helping staff to achieve the mission and goals of the Library. 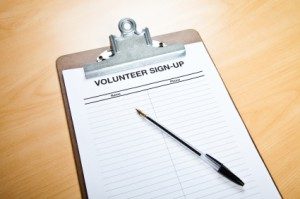 To apply, submit the Online Adult Volunteer Application. A printed and signed Volunteer Contract will be required of all volunteers. 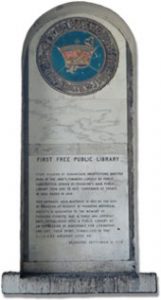 The Pasadena Public Library Foundation (PPLF) was founded in 1983 to raise funds to refurbish and restore the beautiful Central Library building. Through the hard work of volunteer Board members and generous public support, the Foundation raised $2 million over a six year period toward major restoration.  Following some significant work to this end,  the Foundation established an endowment and has continued to raise funds to support significant projects at the Central branch.  These include renovations of the Children’s room and the Donald Wright Auditorium, replacement of the cork flooring in the Great Hall, significant upgrades to technology (including creating elevator access to the lower level computer center), restoration of the outdoor fountain, and landscaping.

In 2011 the Foundation partnered with the Pasadena Community Foundation to handle its investments and administration.  The mission of the PPLF continued through this affiliation and recent projects funded include a creation of Teen Central on the fourth floor and renovations needed to receive the Law library collection from the Pasadena Court House.

The Central Library building continues to be one of Pasadena’s civic treasures, housing a library collection of nearly 800,000 items (books, eBooks, CDs, audio books, etc.), state of the art information technologies and 85 computers for use by patrons. Since 1984, the PPLF has raised nearly $4 million for the preservation of the building and to support the increasing technology needs of a modern library.

In an abundance of caution due to the coronavirus, The Friends of the Pasasdena Public Library are not accepting donations of used books until further notice.

Monetary and Memorial monetary donations are accepted at all service desks of the Pasadena Public Library.

Thank you for your interest in making a donation to the Library. All donations become the property of the Library and may either be added to the Library’s collection, or donated to The Friends of the Pasadena Public Library.

Need help with your donation? Contact The Friends of the Pasadena Public Library directly at (626) 744-4680 or friendsppl@yahoo.com

The Library does not determine the value of donations. However, receipts can be provided designating the number of donated items.