State of the City Archives 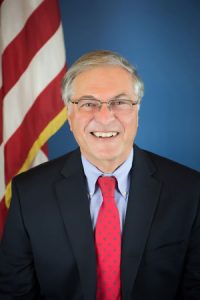 Terry Tornek was born and raised in New York City and moved to Pasadena from Massachusetts in 1982 to accept the position of Planning Director. He was hired because of his history of neighborhood improvement and historic preservation while serving as Planning Director of Springfield, Mass. He also served as a member of the Springfield City Council. Terry was Pasadena’s Planning Director for 3 years and helped to rewrite the Zoning Ordinance, the General Plan and establish the redevelopment plan for Old Pasadena.

After leaving city government, Terry built a career in real estate as a developer and manager of residential & commercial properties all over Southern California. He remained active in Pasadena affairs through his 20 year service as a Board Member of Pasadena Neighborhood Housing Services, a non-profit organization devoted to affordable housing in Northwest Pasadena. In 2005 Sid Tyler appointed Terry to the Planning Commission. He also served as a member of the Design Commission. He was elected to represent District 7 on the City Council in April, 2009, was reelected in 2013 and was then elected as Mayor in April, 2015.

Plea to Our Legislators in Sacramento

The City has a Council-Manager form of government with seven City Council districts each electing a Councilmember to a four-year term. The Mayor is an at-large or Citywide elected position serving a four-year term.

The Mayor acts as the chief executive of the City in performing all acts required to be performed under the laws of the State of California and our City Charter. The Mayor is the official head of the City for all ceremonial purposes, by the Courts for the purpose of serving civil process and by the Governor of the State for military purposes. The Mayor has a voice and vote in all proceedings of the City Council and presides over City Council meetings

From the Mayor's Desk

PROCLAMATION Whereas, the Civil Rights movement of the 1960’s has...

PROCLAMATION: Whereas, the history of the United States is rich...

PROCLAMATION Whereas, serving as trusted frontline providers of health care...

PROCLAMATION Whereas, walking is a healthy mode of travel that...

Proclamation Whereas, recognition of the contributions of persons with disabilities...

PROCLAMATION Whereas, bullying is physical, verbal, sexual, or emotional harm...

PROCLAMATION Whereas The First Tee of Greater Pasadena enhances the...

PROCLAMATION Whereas suicide is a national and statewide public mental...