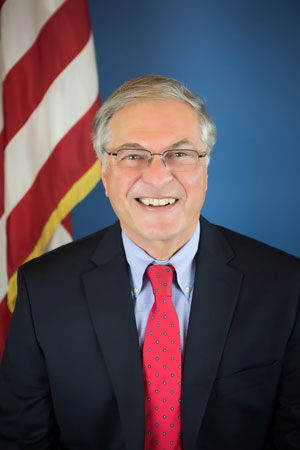 Terry Tornek was born and raised in New York City and moved to Pasadena from Massachusetts in 1982 to accept the position of Planning Director. He was hired because of his history of neighborhood improvement and historic preservation while serving as Planning Director of Springfield, Mass. He also served as a member of the Springfield City Council. Terry was Pasadena’s Planning Director for 3 years and helped to rewrite the Zoning Ordinance, the General Plan and establish the redevelopment plan for Old Pasadena.

After leaving city government, Terry built a career in real estate as a developer and manager of residential & commercial properties all over Southern California. He remained active in Pasadena affairs through his 20 year service as a Board Member of Pasadena Neighborhood Housing Services, a non-profit organization devoted to affordable housing in Northwest Pasadena. In 2005 Sid Tyler appointed Terry to the Planning Commission. He also served as a member of the Design Commission. He was elected to represent District 7 on the City Council in April, 2009, was reelected in 2013 and was then elected as Mayor in April, 2015.

Mayor Tornek serves as Chairman of the Finance Committee, is a member of the Municipal Services, Public Safety, and Legislative Policy Committees, is the City Council appointee to the Fire and Police Retirement Board, and is a member of the Burbank Airport Authority. He is deeply involved in the City’s financial planning, affordable housing and the City’s planning and development decision-making process.

Terry graduated from Princeton University’s Woodrow Wilson School with a degree in Public and International Affairs. He also earned a Master of Science in Urban Planning from Columbia University’s School of Architecture. He served in the Army National Guard and Reserves for 6 years.

Terry and his wife Maria have been married for 52 years. They have 3 children and 7 grandchildren.

Office of the Mayor