The Pasadena Police Department created a Helicopter Section in 1969. Since that historic day, the department has established itself as a leader in the law enforcement and aviation community.

For a tour of the heliport facility or to arrange a presentation on the Section, please contact Air Operations supervision at the numbers listed below. After business hours, if you would like to speak to the on-duty aircrew, please call the main heliport line at (626) 744-4625.

The Pasadena Police Department created a Helicopter Section in 1969. Since that historic day, the department has established itself as a leader in the law enforcement and aviation community. The following is an excerpt from retired Pasadena Police Chief Robert McGowan discussing the origin of the helicopter section. This was printed in * “The POLICE CHIEF” magazine in February 1978.

It was 10 years ago when Chief Robert McGowan – then a lieutenant – was assigned to a project team to develop a broad-based re-organizational plan for the Pasadena Police Department. The ultimate recommendations of the team called for major policy changes, alterations in deployment of personnel, extensive modification and upgrading of systems and the addition of a helicopter patrol section.

When McGowan was appointed chief in November 1968 and moved his department towards helicopters as a means of augmenting regular patrols, there was very little hard information available on which to base such an operation. In fact, Pasadena entered the aerial patrol field during its infancy, gaining experience as the state-of-the-art itself was maturing.

Although the department’s helicopter section today is a model program, getting it there was hardly a Cinderella story, according to McGowan. We had hoped our program would be a “rags to riches” story, that our results would come immediately and that our ships would be swathed in accolades. It wasn’t to be, however.

We had political considerations to deal with, a wary public to win over, months of time-consuming litigation with which to cope, and a logistical nightmare that my helicopter crews and I shudder over.

“Essentially,” McGowan declared, “we experienced the same kinds of frustrations and obstacles that other departments have faced at one time or another with a new program. “I’m sure there are chiefs today going through what we went through, and there will be chiefs tomorrow in the same boat somewhere.”

“Law enforcement’s road never has been paved with yellow bricks; but when you finally come up with something that works, it all seems worth it.”

Success has come to Pasadena’s helicopter section. It remains one of the earliest members of the Airborne Law Enforcement Association; its pilots and observers repeatedly are called upon to lecture on the art of aerial police patrols and tactics; dozens of other police agencies have used the Pasadena program as a model for their own airborne units; and current teaching manuals about helicopters were authored wholly or in part by Pasadena officers. 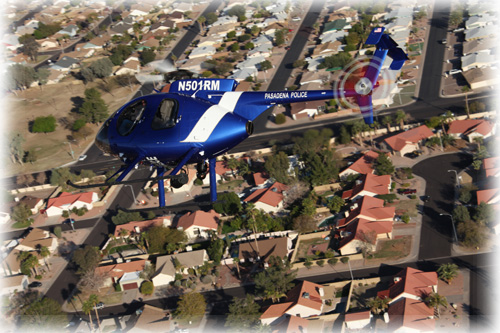 The Foothill Air Support Team, otherwise known as FAST, was developed in 1999 after several local cities expressed an interest in airborne law enforcement. Unfortunately, starting an airborne unit is very costly. These agencies chose to form a joint helicopter patrol operation that could enhance their ability to deter criminal activity and apprehend offenders. 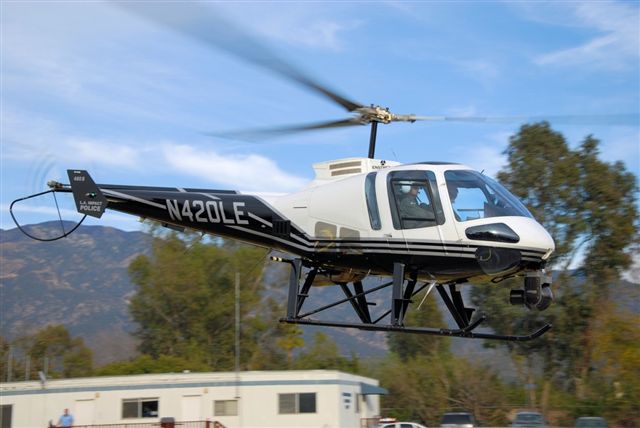 In late 1990’s public opinion polls showed that Southern Californians believed narcotics to be the most serious criminal problem faced by law enforcement. Because of the crackdown of drugs entering through Miami, drug smugglers had shifted their activities to the west, and many law enforcement agencies considered Los Angeles County to be the new drug distribution hub for the entire nation.