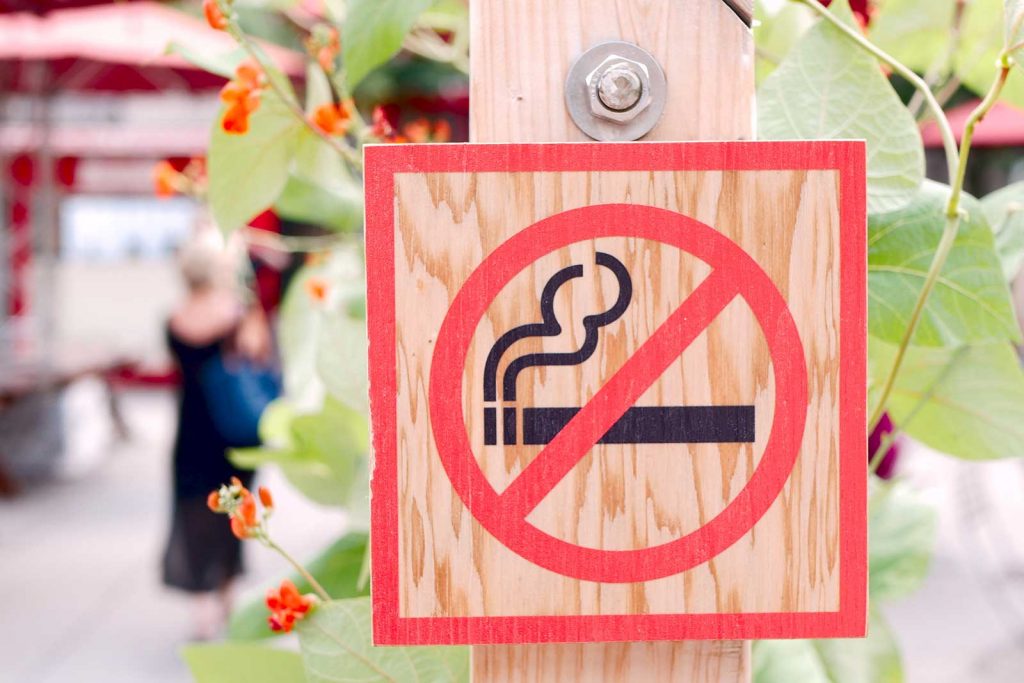 For nearly 30 years, Pasadena has been a leader in the battle against tobacco correlated death and disability through adoption of innovative tobacco control policies, with an “A” grade on the American Lung Association Report Card for eight (8) consecutive years (see the full report).  For more information about health education and media campaigns and other tobacco prevention efforts, call (626) 744-6014.

If you see a smoking violation, an illegal tobacco sale to an underage minor/youth (under the age of 21), or someone purchasing tobacco products for minors, please call (626) 744-6014

In 2014, the Pasadena Public Health Department was awarded a $1.5 million grant by the Centers for Disease Control and Prevention (CDC) for a four-year outreach campaign to reduce ethnic and racial tobacco health-related disparities in Northwest Pasadena.

Pasadena was one of only 49 cities nationwide to be awarded the competitive Racial and Ethnic Approaches to Community Health (REACH) grant to prevent and control chronic diseases such as heart disease, stroke and cancer, which are the leading causes of death and disability in the U.S., according to the CDC.

The funds were used for the City’s outreach campaign to counter tobacco-related marketing efforts targeting low-income minority communities where African-American and Latino adults have a disproportionately high rate of tobacco use and exposure to secondhand smoke.

Outreach efforts included increasing awareness about the dangers of tobacco through public service announcements, community presentations and other events and marketing efforts.

Over the last decade, the City of Pasadena has adopted several innovative tobacco control policies. Despite the success of citywide policies, minority adults, youth and children in Northwest Pasadena still suffer disproportionately from the negative health effects of tobacco use and second-hand smoke. Three ads were created to combat the use of mentholated cigarettes, electronic cigarettes, and flavored tobacco products among Hispanics/Latinos and African Americans in the city, focusing in Northwest Pasadena. These ads were found throughout the city on transit ads, in bus shelters, on movie theater screens, at point-of-sale locations inside tobacco retailers, and through social media.

The bilingual media campaign ads were revealed at a press conference on November 16, 2016.

To date, there are at least 70% of the Pasadena tobacco retailers have shown support of the Pasadena REACH media campaign by voluntarily placing the ads inside of their stores. If you see any of these ads in your local retail store, let the retail staff know how much you appreciate the support!

In June 2018, the DOJ awarded the Pasadena Public Health Department (PPHD) a total of $1,423,484 over two years to conduct tobacco enforcement activities. The goal of the grant is to decrease access to tobacco products for persons under 21 years of age. The grant funds enforcement activities within the City that are focused on increasing retailer compliance with state laws, and compliance with local ordinances related to illegal sales and marketing of tobacco products to underage youth.

PPHD administers tobacco use prevention and control programs including the Tobacco Control Proposition 99 and Tobacco Control Proposition 56 programs, and from 2013-2018, the CDC REACH program. The Pasadena Actively Countering the Tobacco Industry In Our Neighborhood (ACTION) program will complement existing prevention and control programming and will be the only program focused on tobacco enforcement activities.

Approximately 27% of the grant funding will support a partnership with the Pasadena Police Department to assign law enforcement personnel to grant program activities. The funding will also involve the Pasadena City Attorney’s Office to prosecute violations of tobacco control laws. In addition, PPHD will continue to engage the Pasadena Tobacco Prevention Coalition and the Pasadena Cigarette Stompers to ensure these programs are informed by both adult and youth perspectives for effective implementation.

The Pasadena Tobacco Control Program launched a media campaign to inform the public about the health effects of cannabis, commonly known as marijuana.  The goal of the local educational campaign was to raise awareness about the health effects of cannabis use, and the legal consequences of cannabis consumption while driving which can impair driving abilities. The ads are focused on reaching youth and marijuana users, and were placed inside Pasadena Transit buses.

For facts and resources to make safe and informed decisions on cannabis use, visit http://bit.do/letstalkcannabis.  For more information about the media campaign, call the PPHD Substance Abuse Prevention and Control Program at (626) 744-6042.  If you have seen a smoking violation, an illegal tobacco sale to youth under age 21, or someone purchasing tobacco products for minors, please call our program office at (626)744-6014.

Kick It California (KIC) has helped people quit for nearly 30 years through free, customized one-on-one coaching that is grounded in science.

Do you need help kicking the habit?
Connect with a Quit Coach today by phone, chat, or by completing our web form.  Quit Coaches are available Monday-Friday 7 a.m. to 9 p.m. and Saturday 9 a.m. to 5 p.m.

The California Smokers’ Helpline provides a number of services to help smokers and other tobacco users quit. All services are free. https://www.nobutts.org/free-services-for-smokers-trying-to-quit

At KIC, you can develop a quitting plan that’s right for you—by working one-on-one with a trained telephone counselor. Helpline counseling is easy, convenient, and has been proven to double smokers’ chances of quitting for good. Services are available in multiple languages and special services are available for tobacco chewers, pregnant smokers, teens, and e-cigarette users. Call 1-800-NO-BUTTS today! Counselors are available weekdays, 7 a.m. to 9 p.m., and Saturday, 9 a.m. to 5 p.m. Or sign up 24/7 online.

Want a little extra support via text messages?  You can receive texts each day during the first important weeks of quitting. Text messages are tailored to help at critical points along the way. You can also send questions at any time and a counselor will respond within one business day. Sign up to receive free quit smoking messages from Kick It California’s NoButts text program. Available in English, Spanish, Chinese, Korean, Vietnamese. You must be 13 years or older to enroll. Message and data rates may apply. Message frequency varies. Text STOP at any time to opt out. Call 800-300-8086 for help. SMS Terms Privacy Policy

How the text program works

Text Us to Join

Text QUIT to 47848 or download the quitSTART app. The quitSTART app is a free smartphone application provided by Smokefree.gov. Once you download the app, you will be able to access tailored tips, inspiration, and challenges to help you quit smoking. Depending on your smart phone device, please scan the QR code to download the free app. 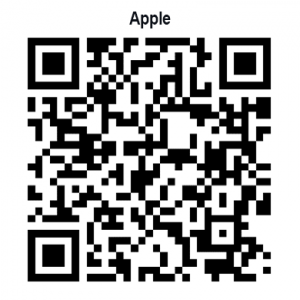 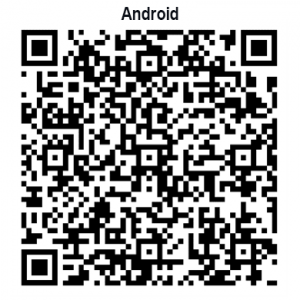 BeTobaccoFree.gov is managed by the U.S. Department of Health and Human Services. They provide tools to quit now as well as reports and ongoing research of tobacco use. The website is also available in Spanish.

The Centers for Disease Control and Prevention is also another great resource to use to help quit smoking. Their website provides information on “Quit Smoking Medicines”. They have free support numbers that are available in a variety of languages. 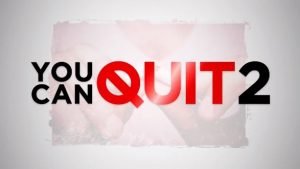 YouCanQUIT2 is a Defense Department educational campaign for the U.S. military. Launched in February 2007, the mission of the campaign is to help Service members quit tobacco. The site supports the Defense Department’s efforts to build and sustain a ready and resilient force by providing resources for Service members, as well as their family, friends, and health professionals.

BecomeAnEx.org is run by Truth Initiatives. Truth Initiative is the largest non-profit public health organization who are dedicated to helping people quit tobacco. You will have access to live chat digital coaching with tobacco treatment experts and nicotine replacement medication shipped right to your home. Some are available over-the-counter, but others require a prescription from your healthcare provider.

The U.S. Food and Drug Administration provides information on the benefits of quitting smoking. It talks about smoking cessation products that have been FDA approved or FDA cleared and have shown to help people quit smoking.

Other resources are also available for a cost or on a sliding scale fee. Call your insurance company to ask about what services are included in your health insurance. If you do not have health insurance, please call 211.

The mission of the Pasadena Tobacco Prevention Coalition is to preserve and protect the health and well-being of individuals who live, work and play in Pasadena communities and the surrounding area and provide education with regard to the harmful effects of tobacco, tobacco smoke, and new and emerging products among youth and underserved populations.

The Pasadena Cigarette Stompers youth coalition aims to prevent tobacco use among youth, reduce youth access to tobacco and to provide youth with a tobacco-free environment through prevention and education activities.