The La Loma Bridge, originally constructed in 1914, is undergoing a seismic retrofit and rehabilitation.  The bridge will be closed for 18 months, with construction beginning in summer 2015 and the anticipated completion in winter 2016. The scope of the project involves replacement of bridge deck; rehabilitation of the arches and spandrel columns; and strengthening the end piers.  The estimated cost of the project is approximately $16 million.  Project funding consists of $13.3 million in federal funds and $2.7 million City funds. The La Loma Bridge Project is a collaborative effort between the City of Pasadena and the California Department of Transportation (Caltrans).

During construction traffic will be detoured to other bridges across the Arroyo Seco.  Residents will be able to cross using the Colorado Boulevard Bridge to access areas north of La Loma Bridge, and will be able to use the San Rafael Bridge to access areas south of La Loma Bridge.  The Department of Public Works is creating a traffic management plan to assist the flow of traffic. 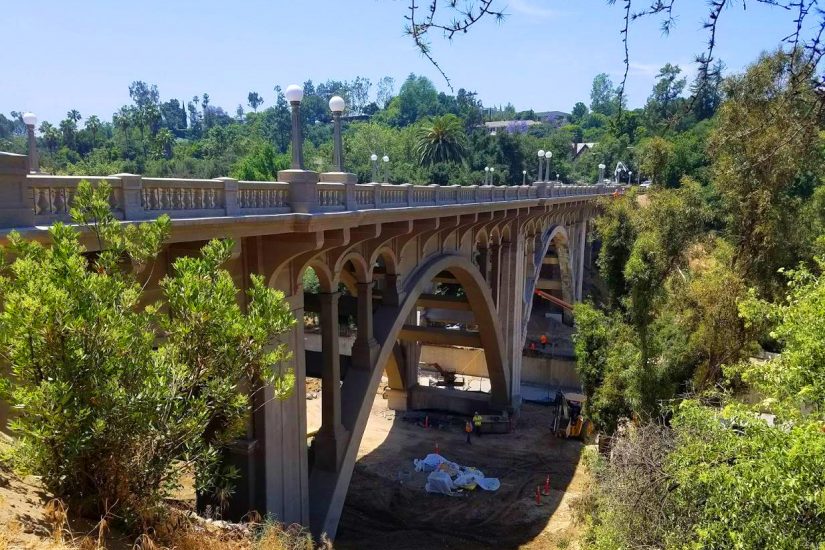 *Beginning Fall 2015 through Spring 2016, trail access on the east side of the channel (under La Loma Bridge) will be closed between 7 a.m. to 4 p.m., Monday – Friday. Signs will be posted designating a detour trail route.* 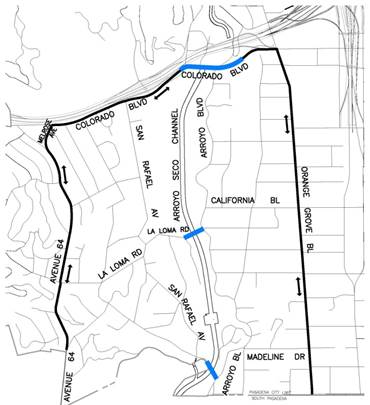 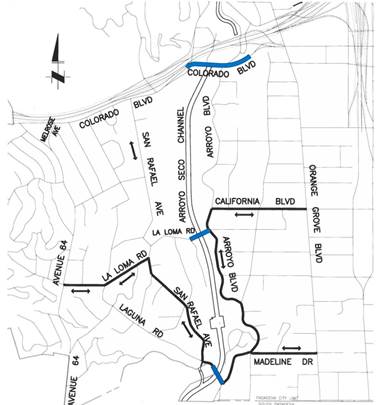 The contractor spent the month preparing for the "stem and...

Construction of the East Abutment and associated items are completed....

Construction work will continue with the placement of interior forms...

Backfill of the west abutment and retaining wall was completed....

Construction of the west abutment and retaining wall at the...

Contractor began construction of the west abutment, and forming and...

Pile driving operation at the west abutment is complete and...

Bridge deck demolition continues throughout the month. The contractor begun...

Bridge deck demolition is underway and is expected to continue...

December 2015 Construction of the temporary sewer bypass is currently...

November 2015 A majority of the work continues below the...

October 2015 The asphalt concrete has been removed from the bridge...