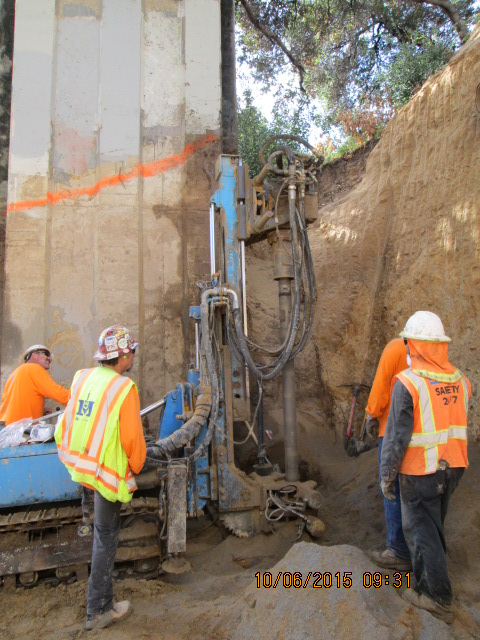 The asphalt concrete has been removed from the bridge deck. A majority of the work is occurring below the bridge. A pedestrian cover and support foundations for the “falsework” that will be constructed are underway. The contractor has begun erecting the vertical elements of the falsework. The trail on the east side of the channel under the bridge will be closed intermittently between 7 a.m. to 4 p.m., Monday - Friday, from mid-October 2015 (while constructing overhead elements) through December 2015 (during removal of existing bridge). Signs will be posted designating a detour trail route. Preparations to construct a temporary bridge to transport heavy equipment to the west side of the channel are also underway.