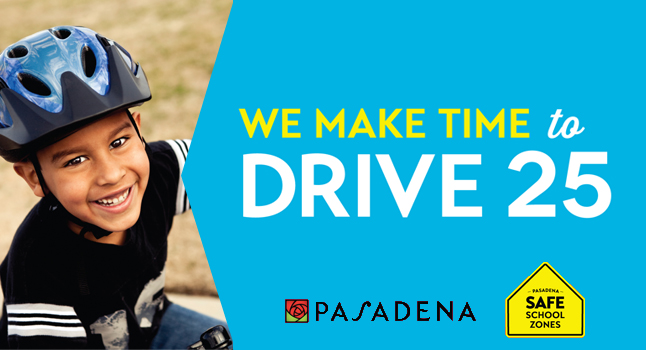 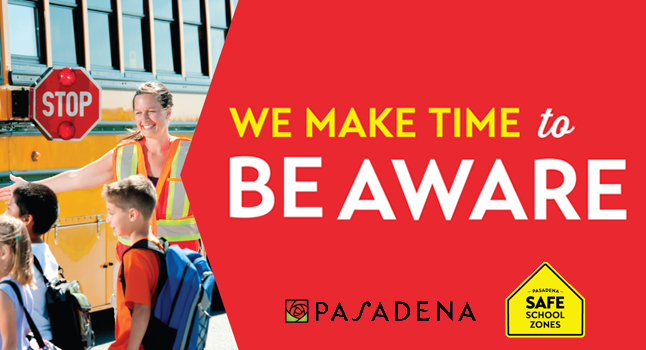 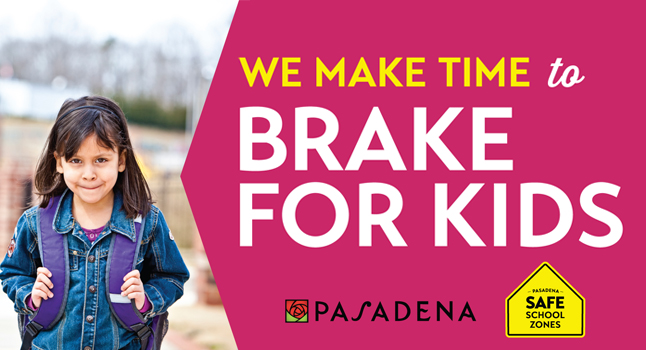 How Can I report a Traffic Signal Problem

Contact the Citizen Service Center for any parking, transit, & traffic related questions or problems: 626-744-7311 or submit a request online.

What is a Red Flag Parking Restriction?

In 2009, the Pasadena City Council unanimously accepted the recommendation of the Public Safety Committee to implement the proposed restrictions on parking within the urban-wildland interface (UWI) on days of extreme fire hazard, also known as Red Flag days. Visit the Pasadena Fire Department website to learn more.

What is the preferential parking permit program?

The public is reminded that on October 27, 2014, the City Council approved the modification of the existing preferential parking permit program to include all residential streets with time limited parking as preferential parking areas effective July 1, 2015. The purpose of this modification was to provide the means for residents of streets with time limited parking to choose to be exempt from the time limits near their residences. Find out more about Preferential Parking Permits

Why are there “No left turns” posted on Glenarm for certain streets and if they were removed what would happen to overall trip distribution?

The no left turn signs were installed in 1989 as part of a 60-day test that originally included South El Molino Avenue. The sign at El Molino was removed during the test period, but the signs at Euclid, Oakland and Madison were left in place Subsequently, in May of 1998, legal action against the City of Pasadena was taken by Pasadena Heritage, the South Los Robles Caucus, the Madison Heights Neighborhood Association and PRIDE II (Pasadena Residents in Defense of their Environment). This legal action was initially settled in March 1999 and finally settled in January 2007. The settlement agreement required the City to install and maintain specific traffic control devices and to modify existing traffic control devices in specific ways. The no left turn signs posted for eastbound traffic on Glenarm Street at Euclid, Oakland and Madison are required by the 1999 settlement agreement. Removal of these three signs requires that all of the parties to the settlement agreement concur with the action.

The effect of removing the signs is not entirely clear. It is expected that traffic volumes on Euclid, Oakland and Madison could increase slightly with a corresponding reduction in volumes on Marengo, Los Robles and El Molino. However, traffic patterns can be influenced by a large variety of factors and the presence of speed humps on Euclid, Oakland and Madison may limit the change in existing patterns even if the signs were removed.

Why do we have those traffic circles on Glenarm?

The traffic circles originated with the Ad Hoc Committee that was created in 1994 by the City Council to work with staff to develop a 10-year traffic management plan for Southwest Pasadena. This management plan was adopted by the City Council in late 1996 as the Southwest Traffic Study, but the traffic circles were not included as part of the adopted plan.

In May of 1998, legal action against the City of Pasadena was taken by Pasadena Heritage, the South Los Robles Caucus, the Madison Heights Neighborhood Association and PRIDE II (Pasadena Residents in Defense of their Environment). This legal action was initially settled in March 1999 and finally settled in January 2007. The settlement agreement required the City to install and maintain specific traffic control devices and to modify existing traffic control devices in specific ways. The traffic circles with stop signs on Glenarm Street are required by the 1999 settlement agreement. The settlement agreement also called for a traffic circle at Marengo that was installed, but later removed and replaced with a traffic signal for traffic safety reasons.

The traffic circles were intended to reduce the capacity of the streets by reducing the number of lanes at an intersection from 12 (in some cases) to 4. The use of stop signs (as opposed to yield signs, which are used in Modern Roundabout design) was intended to reduce speeding. Landscaped traffic circles were thought by the Ad Hoc Committee to be more consistent with the residential character of the streets.

Indications are that after an initial uptick following installation crashes are holding at levels that are lower than the pre-installation condition. The stop signs and lane reductions have had the effect of reducing speed in the immediate vicinity of the traffic circles. There have been volume reductions on the north-south streets, particularly Los Robles, but it is difficult to separate the effects of the traffic circles from other changes that occurred in San Marino that affected the amount of traffic entering/exiting the City on Los Robles.

Why isn’t there a double left turn lane from Glenarm on to the Pasadena Freeway?

In May of 1998, legal action against the City of Pasadena was taken by Pasadena Heritage, the South Los Robles Caucus, the Madison Heights Neighborhood Association and PRIDE II (Pasadena Residents in Defense of their Environment). This legal action was initially settled in March 1999 and finally settled in January 2007. The settlement agreement required the City to install and maintain specific traffic control devices and to modify existing traffic control devices in specific ways. The 2007 settlement agreement stated “City shall use its best efforts to obtain the agreement of Caltrans to eliminate one of the two existing left-turn-only lanes on westbound Glenarm Street at its intersection with Arroyo Parkway/California Route 110.” The City was able to accomplish this action as part of the rebuilding of the intersection for the Gold Line crossing. The intent of the lawsuit settlement was to make the turn from westbound Glenarm onto CA 110 less convenient and in doing so to divert CA 110 traffic onto Mobility Corridors (California and Del Mar Boulevards) to/from Arroyo Parkway.

Why do we have those islands at Los Robles and California?

In May of 1998, legal action against the City of Pasadena was taken by Pasadena Heritage, the South Los Robles Caucus, the Madison Heights Neighborhood Association and PRIDE II (Pasadena Residents in Defense of their Environment). This legal action was initially settled in March 1999 and finally settled in January 2007. The settlement agreement required the City to install and maintain specific traffic control devices and to modify existing traffic control devices in specific ways. The raised islands at Los Robles and California are required by the 2007 settlement agreement. That agreement included detailed plans for the shape and placement of the islands.

Before the installation of the islands on Los Robles, when vehicles were stopped at the stop bar and yielding to oncoming traffic before attempting to make left turns, roadway width was available for other vehicles to pass on the right side and continue their travel on Los Robles. The intent of the islands is to eliminate or reduce the chances of vehicles passing on the right side, and provide a disincentive to motorists using Los Robles in attempt to divert those trips to multi-modal corridors such as Arroyo Parkway.

How can we improve bicycle safety in our neighborhood?

Why do certain streets have speed humps?

What can I do to get speed humps installed on my street?

Upon determination that a street is eligible for further consideration, the City will send out petitions to all abutting residents. The petition will indicate that a clear majority (67% or more) in support for the installation of speed humps is necessary for the city to install the speed humps. The petition forms provided by the City will state: If there is subsequently a desire by residents to remove the speed humps, the humps will only be considered for removal after receipt of a petition from a substantial majority (67% or more) asking for the removal along with sufficient funds for the removal up to $700 per hump.

Upon determination that a clear majority (67% or more) of residents abutting the street segment are in support of the installation of speed humps, the street segment is placed on a waiting list. Speed humps are contracted out and installed on a yearly basis or whenever there are enough streets that it is cost efficient for the city to do so.

Why do we prohibit overnight parking?

A ban on overnight parking on City streets in Pasadena was first enacted in 1921 and amended in 1948 to the current time period (2:00 A.M. to 6:00 A.M.) In 1971, the ban was further amended to allow for overnight permits. The City Council reviewed the ban in 1991 and 1998, but made no changes. The reasons for supporting the ban over the years include facilitating street sweeping, identifying abandoned vehicles, crime detection, encouraging off-street parking and discouraging long-term on-street parking. Citizens were most recently surveyed in 1991. Responses ran 75/25 in favor of retaining the ban in single family residential areas and 50/50 in multi-family areas.

Residents with no temporary or permanent parking available to them may apply for annual daytime or overnight on-street parking permits that allow them to park during those hours. All residents and/or visitors may also obtain overnight on-street parking permits for their vehicle or for a guest vehicle at any of the five conveniently located kiosks (TOPEKs) or online (TOPEO) at the City’s website.

To address this question, traffic volume trends were tracked on five streets in Madison Heights using traffic counts for 1989, 1999 and 2009 to provide a 20-year history of traffic volumes. The five streets included in the analysis are California, El Molino, Glenarm, Los Robles and Marengo. For the north-south streets, traffic volumes were looked at separately for the segments from California to Glenarm and south of Glenarm. For the east-west streets, volume patterns east and west of Marengo. The analysis results are shown in the following chart. 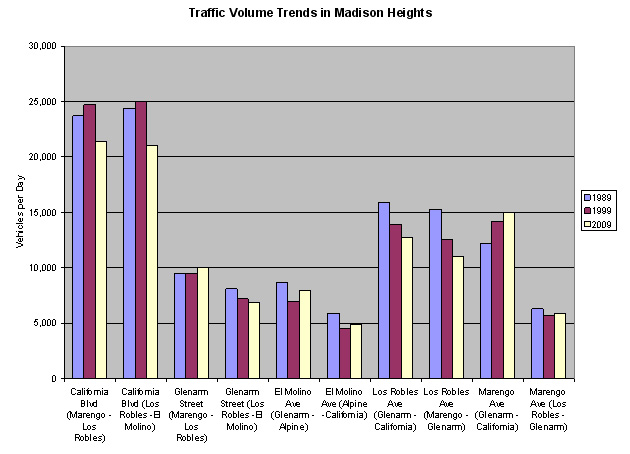 Chronologically, the chart includes the time period when the following changes were made to the street system:

The long-term volume trends in both charts show that for the most part, the changes introduced by the 1994 Mobility Element update and 1999 lawsuit have reduced traffic volumes on these street segments from the 1989 levels and have stabilized traffic volumes over the last 10 years. The counts appear to support the following:

Would the completion of the 710 Freeway reduce traffic in our neighborhood?

The answer to this question depends upon two main criteria:

As it currently operates, the State Route 710 north stub directly connects to Pasadena/St. John at Del Mar and California. As such, traffic from the stub is highest on Pasadena/St. John and Orange Grove south of the stub. However, not all of the traffic associated with the State Route 710 corridor uses these streets. In addition, there are traffic effects from north-south spillover traffic from State Route 710 on Marengo, Los Robles, El Molino and Oak Knoll, but to a much lesser extent than on the streets adjacent to the stub. Furthermore, there is east-west traffic on the I-210 and State Route 134 Freeways through Pasadena that uses those routes between the I-605, State Route 2 and I-5 corridors. During congested periods on the freeways, some of that traffic uses Corson, Maple, Colorado and Orange Grove in Pasadena. Because the traffic effects of the 710 are widespread in Pasadena, determination of how those effects may change if State Route 710 is extended is highly dependent upon how that extension is designed and where interchanges are located.

Southern California’s regional agencies (Metro, SCAG and Caltrans) are studying alternative designs for the extension of State Route 710 between Pasadena and Alhambra and have proposed to complete the environmental documentation in 2014. The range of alternatives under consideration is sufficiently wide to preclude a definitive answer to the question of which Pasadena neighborhoods would experience changes in traffic volumes from the State Route 710 project.

See the status of the State Route 710 North EIR/EIS Study.